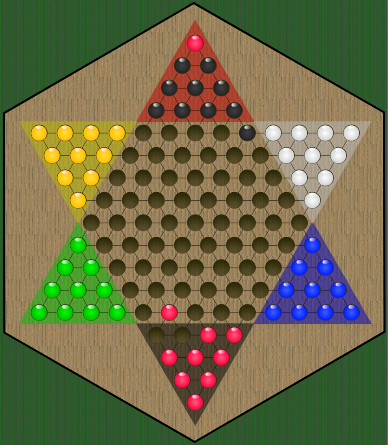 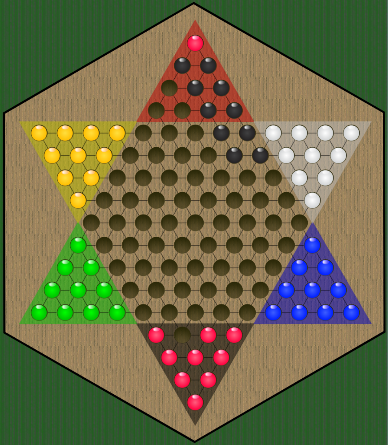 In the first/left picture, black is blocked from moving in, but the blocking red cannot move to unblock black, so red can just move another marble in.

While red is just moving back and forth, black uses the next few moves so as to let the blocking red be able move out and at the same time place all the blacks so that they cannot move forward.

The second/middle picture, shows the situation after black's moves where red is forced to move the red left in the start triangle. No other move will be accepted by the program/app.

Of course if red obviously refuses to move the marble inside the starting area, black will strive to place its marbles as in the second picture without reaching the position in the first picture. Thus making as few moves as possible to win the game.

Note that the anti blocking rule also means that if a player gets a marble blocked inside its starting triangle unintentionally, he or she may still win the game if able to move in all the other marbles so that the blocked one must be let out by the opponent. The third/rightmost picture shows an example of this where black now must move one of the four marbles blocking red from making any progress.

Some variant interpretations of the rules of Chinese Checkers exist. In this app the following are used.